WHEN BUILDING FOR AIRTIGHTNESS IS AN EDUCATION: TYVEK® AT THE JOHN TAYLOR FREE SCHOOL

Case Study
When building for airtightness is an education: Tyvek® at the John Taylor Free School

Building for education presents both challenges and opportunities in today’s public sector construction. While budgets must be carefully controlled, it’s also essential to achieve the highest specifications in order to ensure a lasting and cost-effective investment. The best in modern building technology is vital to delivering a project that performs as designed and meets all key criteria, particularly in terms of sustainability and reduced maintenance.

The John Taylor free high school in Burton-on-Trent is a complete new-build development on a greenfield site, commissioned to meet the growing needs of the Staffordshire education system. The £25m PPP funded complex by Glancy Nicholls Architects includes a state-of-the-art sports hall and caters for 1,400 secondary and sixth form pupils.

When Perkins Plasterers were contracted by Seddon Construction Ltd to ensure the integrity of the building envelope, with particular regard to airtightness, it soon became apparent that a cheap or inferior solution would do neither the project, nor the reputation of a group of proud professionals, any good. 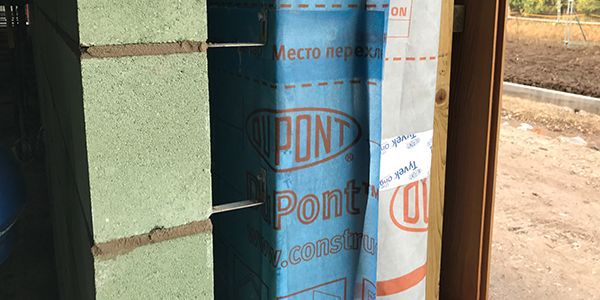 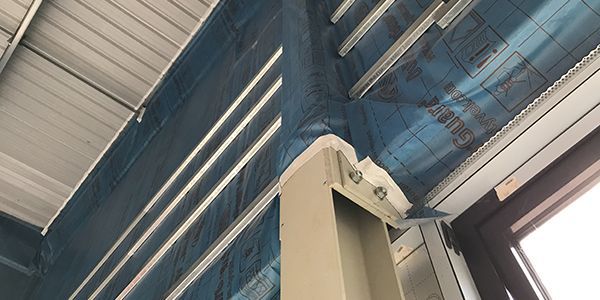 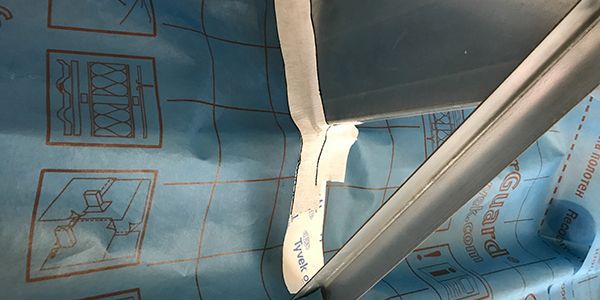 Tyvek® AirGuard® Control with Tyvek® Double-sided Tape and Tyvek® FlexWrap EZ tape have been installed at the new John Taylor Free School to ensure the airtightness of the building envelope, including all penetrations.

Gareth Jones of Perkins Plasterers explains: “The original material that had been considered presented a high risk of failure in our view, and we were not convinced it would perform as needed, particularly for the scale and complexity of this project. So, in consultation with Seddon we decided to upgrade the specification. It soon became clear that we had made the right decision in choosing the Tyvek® and AirGuard® products. Being a school building it needed to function for the long term in a way that would keep costs down so there was no point in cutting corners in the short term. And in fact ‘corners’ were one of the key places where this material came into its own, as together with its special tapes and sealants, it has a flexibility that works brilliantly with windows and doors, or wherever there are cuts or penetrations that need to be completely sealed.”

Gareth and team were impressed by the experience of working with DuPont, “The customer support from start to finish was second to none. We had a full day’s training, plus further site visits, and very clear guidelines which helped us understand how easy the system was to work with.  It was obvious even during the build that everything was performing as it should because it helped to keep out some awful weather conditions. Once fully installed and tested it gave us excellent results. The school is now open and the airtightness of the envelope is performing very well. We would definitely work with these products for similar projects in the future.”

The products Gareth refers to are Tyvek® Housewrap breather membrane, which was applied to the sports hall, and Tyvek® AirGuard® Control which was used on the main school building as a vapour control layer. These function as part of a holistic system together with specially created accessories Tyvek® FlexWrap EZ concertina-style tape and Tyvek® Double-Sided Tape, thus ensuring the integrity of the airtight seal even around awkward corners, servicing ducts and structural penetrations. 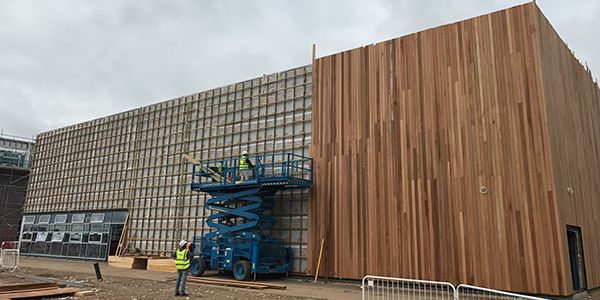 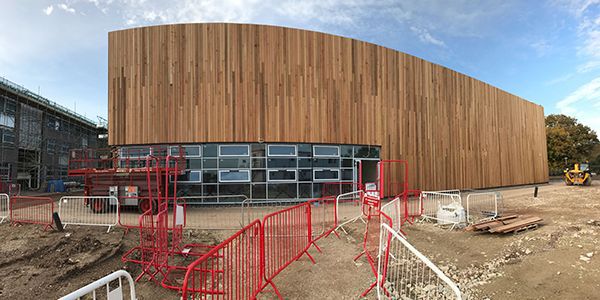 Tyvek® breather membranes are unique because of their high-quality single layer construction and are naturally vapour open while also being dependably – and lastingly – water-tight, as proven by comprehensive field tests. Tyvek® AirGuard® Control is a light-weight, easy to install AVCL which offers superior mechanical strength and is designed to reduce uncontrolled air leakage and minimise convective heat loss in roofs, walls and floors.

So, the new John Taylor Free School benefits from the best in the business. According to the RIBA report The Better Spaces for Learning published in May 2016, “Good design makes schools cheaper to run – we estimate that up to £150m annually is being spent on unnecessary services and maintenance which could have been avoided if schools were better designed.” DuPont™ Tyvek® and DuPont™ AirGuard® products can form a key part of the solution to such avoidable costs – the definition of a wise investment in quality, expertise and reliable service.