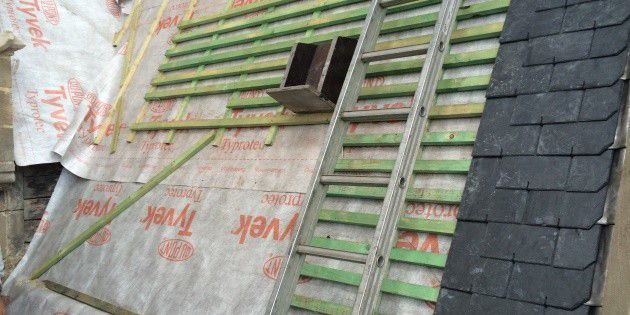 Tyvek® has a long history of proven performance, and of playing its part in important restoration work. Sacred buildings benefit in particular and many architectural treasures around the world now feature this advanced breather membrane installed under a traditional slate roof. In Belgium, two churches have recently been restored by specialists Golinvaux: The Church of Saint-Martin in Arlon, which is designated as an exceptional Walloon heritage site, and Saint-Nicolas-en-Havré in Mons.

In order to protect the renovated structures against the elements, both during the build and for the long term, Golinvaux has fitted its usual underlay of choice: DuPont™ Tyvek®. 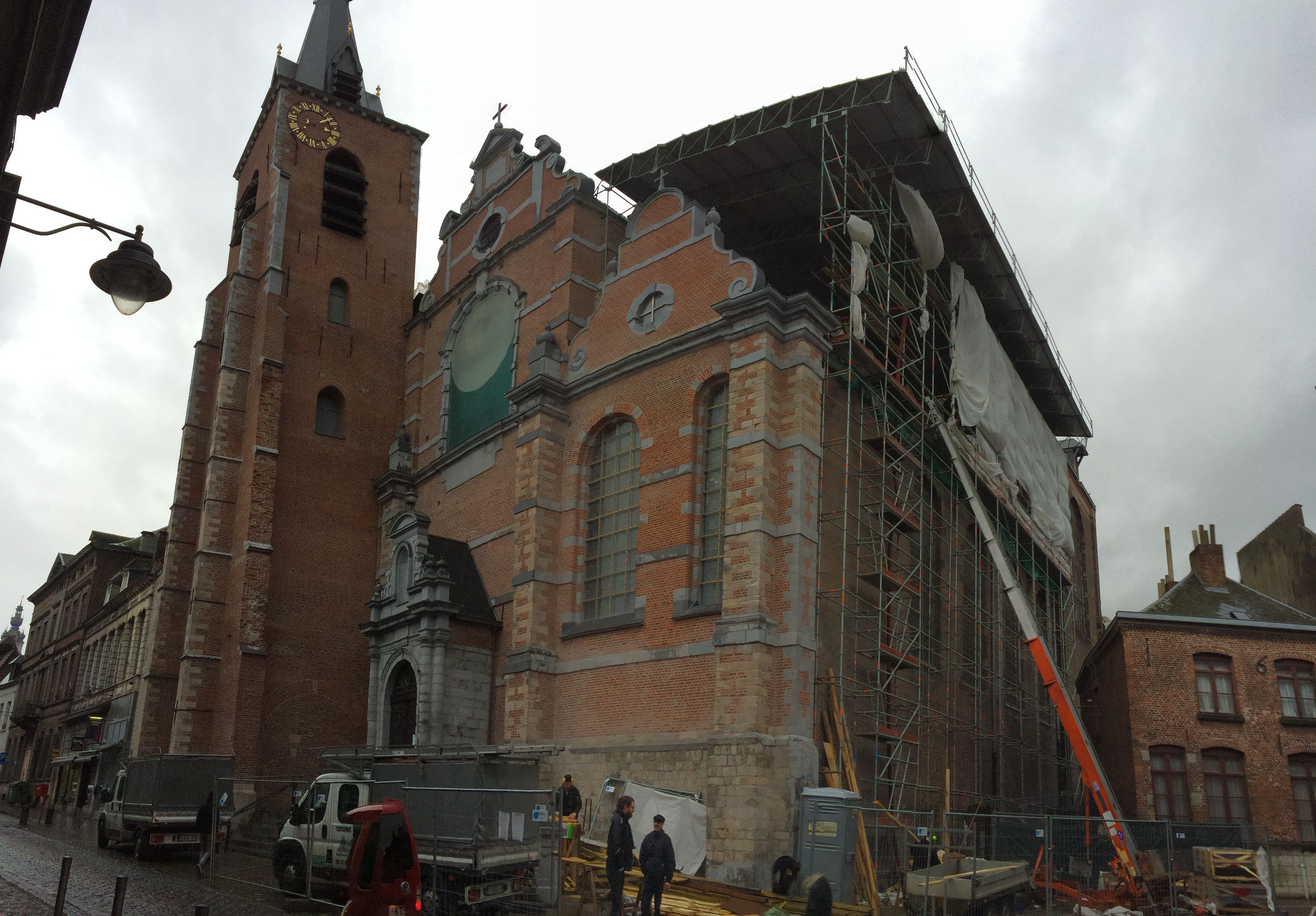 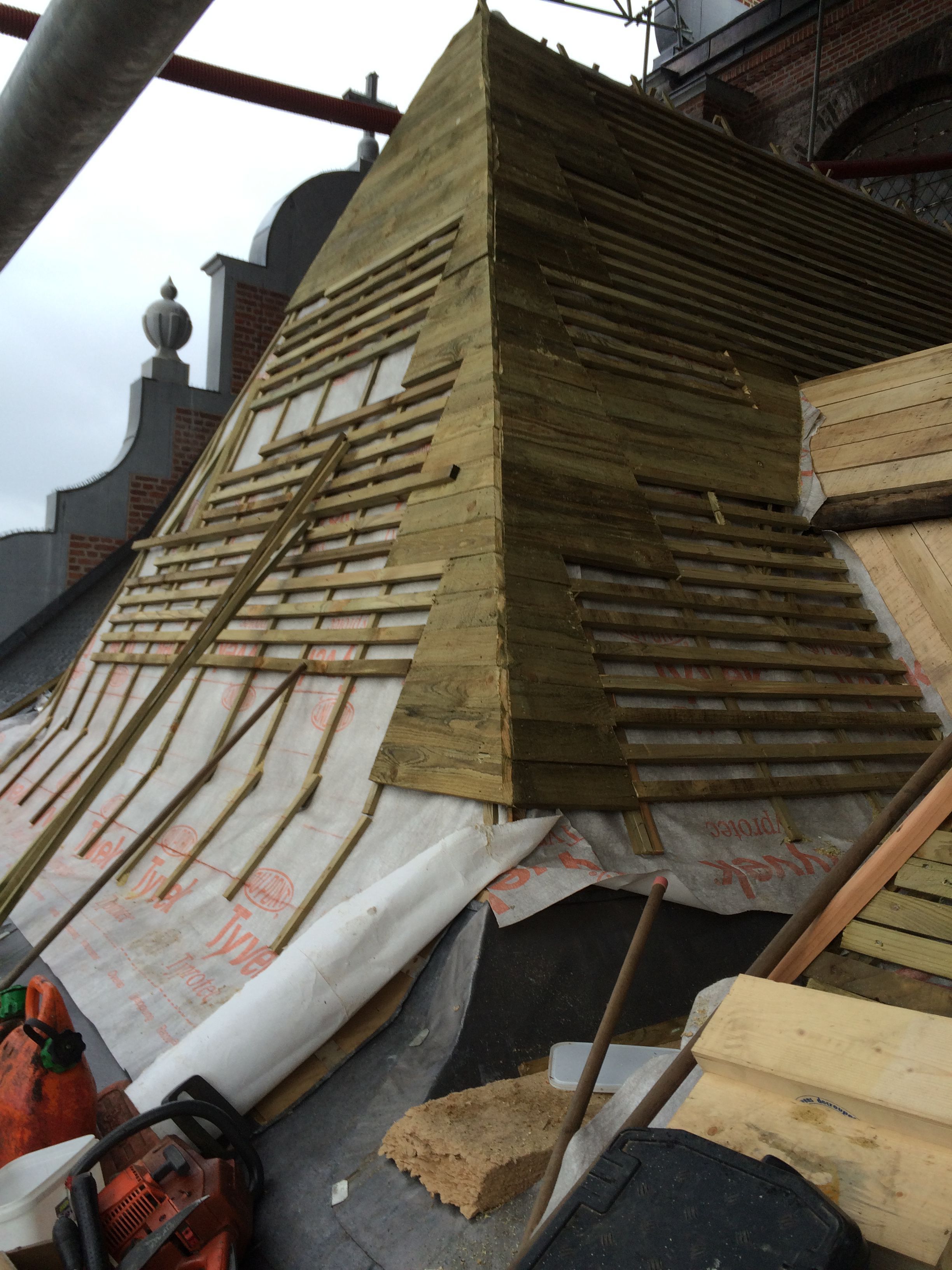 Pierre Raeven, Golinvaux site manager, says, “The true advantage of Tyvek® is that we can remove the old external roof covering and directly fit the protective underlay in just one day – and then not have to touch it again for the entire duration of the construction work. If no such underlay has been specified, we have to cover and uncover the open roof with a tarpaulin every day – and that takes a lot of manpower. Plus, a tarpaulin is neither solid nor tight and offers little protection from the wind. Tyvek® allows us to work in optimal conditions. What’s more Tyvek® is a workhorse – and when compared to the cost of water damage, very affordable. Architects are sometimes apprehensive about using it but there is zero risk of condensation – in fact, it’s a fully breathable material.”

Based in Bertrix in Belgium, Golinvaux are renowned experts in the restoration of roofs, towers and steeples, particularly for historical monuments from cathedrals to castles. The company combines the use of natural slate with the most modern of techniques, and – whenever possible – Tyvek® underlays.

The Church of St. Martin in Arlon is architecturally impressive, dominating the landscape of Arlon thanks to its 97 metre tower. The existing structure was built between 1907 and 1914 and is considered one of the finest examples of neo-Gothic buildings in Belgium.

The church has been undergoing a substantial renovation project over several years, including the restoration of the original masonry, stained glass, sculpture, artworks, plus repairs and refits to newer additions such as electricity and joinery etc. To date, one third of the roof has been completed, with 1,180 m² of Tyvek® installed.

Although the parish has existed since the 11th century, the original Saint-Nicolas-en-Havré Church in Mons was built in the 15th century, then was destroyed by a fire in the 17th century and rebuilt in 1664. The tower of the present church, however, remains a relic from that original structure. The present church has a typically baroque façade and a classic interior that is also renowned for its rich Baroque-style woodwork. However, for this building too, the current roof was nearing the end of its life.

“For the Saint-Nicolas-en-Havré Church project we used an umbrella scaffolding and laid the structure over the entire surface (600 m²),” adds Pierre Raeven, “the Tyvek® membrane perfectly fulfilled its role as a rainscreen during the construction work and thus the roof frame was completely protected from the elements during this complex project.”

Both these precious relics of the past now benefit from the kind of advanced technology and performance that has made DuPont™ Tyvek® the modern choice for roofs that are built to last.

Other significant church restorations benefitting from Tyvek® include the much loved St. Mel’s Cathedral in Longford, Ireland which was devastated by fire on Christmas day 2009, the medieval St. Germanus church on the Rame peninsula which receives the full force of the Cornish coastal weather, and St. Augustine’s grade A listed church in Scotland.