From packaging for surgical instruments to implantable devices, DuPont™ Tyvek® is a versatile lidstock material that is compatible with a wide range of sterilization methods.

Lidstock made of Tyvek® for thermoformed trays and other medical packaging provides reliable sealing and a superior microbial barrier to help maintain sterility of the contents of the package until opened.

The tough, continuous fibers of Tyvek® help protect package integrity from both product breakthrough inside and rough handling outside. In fact, lidstock made of Tyvek® is so tough, it resists punctures—even from the irregular or sharp edges of many surgical devices.

When a strong, breathable lidstock is required, Tyvek® can provide a superior option compared to medical-grade papers.

Results from testing show that Tyvek® provides superior puncture resistance and tear strength compared to medical-grade papers. Up to eight times stronger than medical-grade papers of equal or greater basis weight, Tyvek® significantly reduces the risk of package failure should there be impact to the lidding during shipping or storage.

Because it is breathable, Tyvek® minimizes the formation of condensation due to temperature extremes that can occur during transportation. This breathability also allows medical packages made with Tyvek® to equilibrate rapidly from the pressure changes that occur not only during shipping but also in storage environments.

The Advanced Surgical Devices Division of Smith & Nephew chose Tyvek® 1073B for use as lidstock on the inner and outer tray packaging for its line of hip stems. Tyvek® 1073B is well suited for this application because it provides a superior microbial barrier and is tough and puncture-resistant, which is important because these products are relatively heavy.

Tyvek® for Flexibility in Achieving Sterility

Unlike medical-grade papers and films, Tyvek® is compatible with all of the most commonly used methods for sterilizing medical devices, giving manufacturers greater flexibility and options in their processes. And no matter which method is chosen—ethylene oxide, gamma, electron-beam, steam (under controlled conditions) or low-temperature oxidative sterilization processes—Tyvek® will retain its superior protective properties of microbial barrier and strength, as well as its color and flexibility.

Even when used in steam sterilization under controlled conditions, lidstock made of Tyvek® displays exceptional dimensional stability for a strong continuous seal on rigid trays.

Tyvek® for Safe and Easy Usage by Healthcare Providers

With its clean peel and low-linting features, compared to medical-grade papers, lidstock made of Tyvek® can be quickly removed by healthcare providers in hectic environments. This clean peel not only allows for greater ease of use, it minimizes the risk of introducing particulates that could contaminate either the medical device or the sterile field.

Tyvek® is playing an important role in helping healthcare providers in developing countries reduce the potential for neonatal tetanus and cord infection—two major causes of infant death. The Umbicut®, a scissors-like sterile device for clamping and cutting a newborn’s umbilical cord, is packaged in a rigid, peel-apart pack with lidstock made of Tyvek® 1059B. Euroband Pollak (International) Ltd. chose Tyvek® 1059B as the lidstock material because of its superior puncture resistance, sterilization compatibility and clean peel. 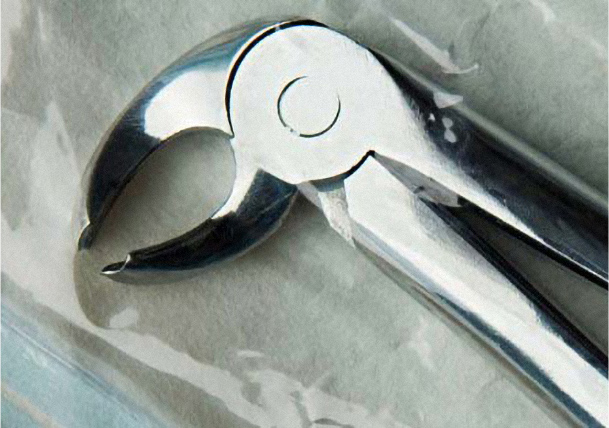 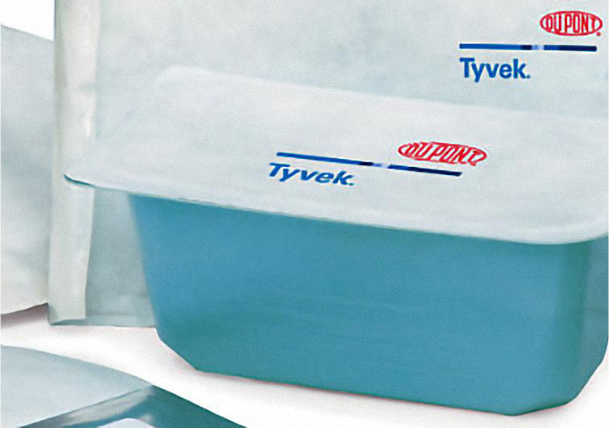 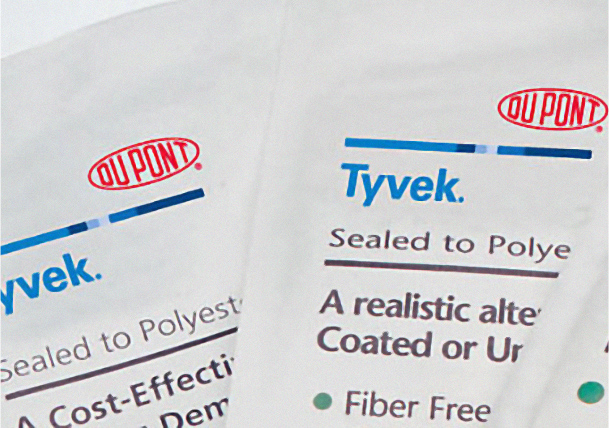