DuPont™ Typar® SF participated in a long-term filtration test conducted by LGA, a German testing institute.
Within this test, the long-term filter performance of 5 different geotextiles was studied experimentally in large permeameters using three different soils.
All geotextiles differed in permeability, opening size, thickness, mass per unit area and type of polymer. In a series of three tests, samples of 500 mm diameter were submitted to steady state seepage under different hydraulic gradients for periods of between 6 and 24 months.
In the first two performance tests, the water flow was in the direction of gravity. 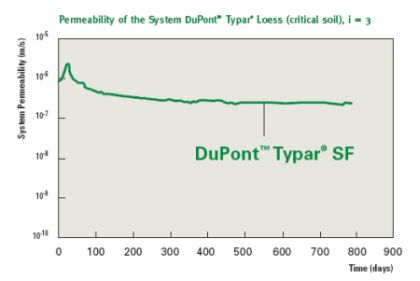 The third test series simulated the case of an upward water flow.
In spite of these critical conditions, DuPont™ Typar® SF showed hardly any clogging or blinding and proved its excellent long-term filtration ability even under pressure. 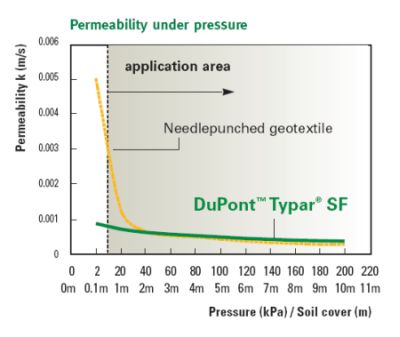 A microscopic investigation showed that it allowed for the building up of a natural soil filter directly above DuPont™ Typar® SF and therefore provided stable long-term filtration conditions.