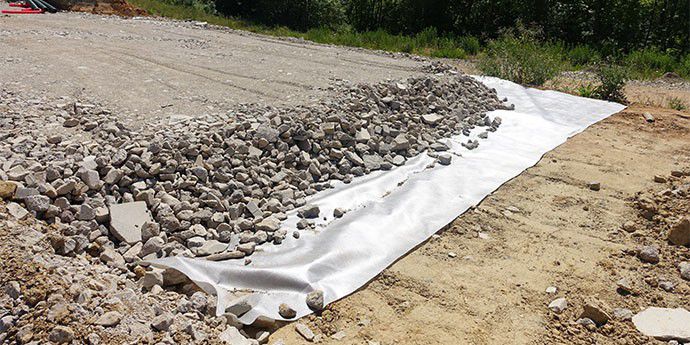 A geotextile will not perform any function if it is destroyed during or immediately after the installation. Analyses indicate that the critical period in the life cycle of a geotextile is during the construction process rather than during the service life. Thus 95% of the damage usually occurs during installation, very often simply the result of impact damage during the off-loading of aggregates. In the vast majority of cases, if the geotextile survives these installation-related stresses, it will also withstand the in-service stresses.

Resistance to damage during installation

There has been considerable work undertaken to understand the relationship between the physical properties of a separation geotextile and its actual performance in the field. For example, experiments have confirmed that there is a close correlation between the ability of a geotextile to absorb impact energy and its susceptibility to damage during installation.

What is the energy absorption ? 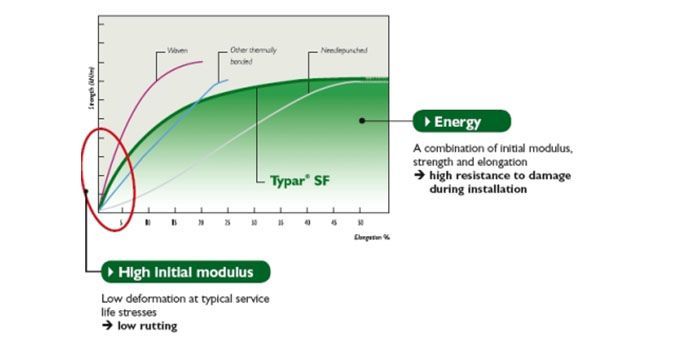 The regular passage of wheeled transport results into tension stresses that deform the sub-soil.
The results of an independent laboratory test indicates a clear relationship between initial modulus and deformation (rutting).

Different from most other geotextiles, DuPont™ Typar® SF needs much lower elongation and deformation to take up stresses (high initial modulus) and will therefore considerably reduce the rutting.This advantage has been proven in an independent laboratory test where different geotextiles were submitted to 1000 dynamic loading cycles. 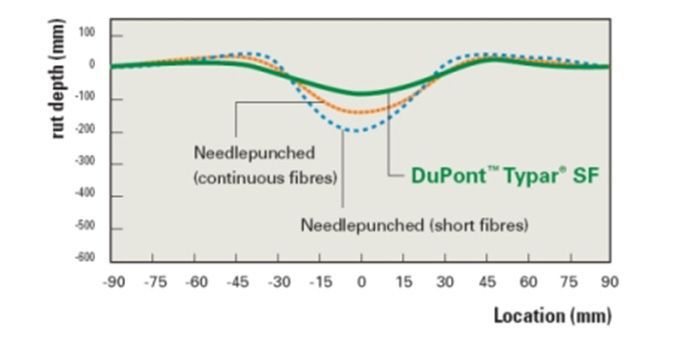 Several national specifications are in the process of adopting the energy absorption concept.

A few specifications however are based on theoretical values or energy absorption index rather than calculating the surface under the curve W= ∫ (TxΣ) d Σ.

The calculation is simplified to W index= 1/2 TxΣ.